I grew up in a text-heavy world and I had a job as a newspaper journalist in a writing-heavy field of work, but even then, changes in how text – words, prose, etc. — was being used by writers and readers alike was afoot. I remember when the national newspaper, USA Today, became an experiment (criticized and at times mocked in the newspaper industry, at first, as being a blow to literacy) of how to prioritize visuals before text, with its use of flashy charts, diagrams, photos, and other visual media. That criticism collapsed as USA Today turned a profit while many traditional newspaper lost a bundle, or closed up shop completely. My old newspaper is a shadow of its old self.

I remain an avid writer, working mostly with words, just about every single day.

Yet I have long been fascinated by how we can expand the notions of “composition” to push ourselves, and our students, to consider what’s beyond the idea of just text (as important as the written word is, and always will be, in my own mind) to include other forms of media. A book I had helped edit years ago — Teaching The New Writing — was an attempt to explore what composition looked like in classrooms where technology was becoming part of the learning experience. 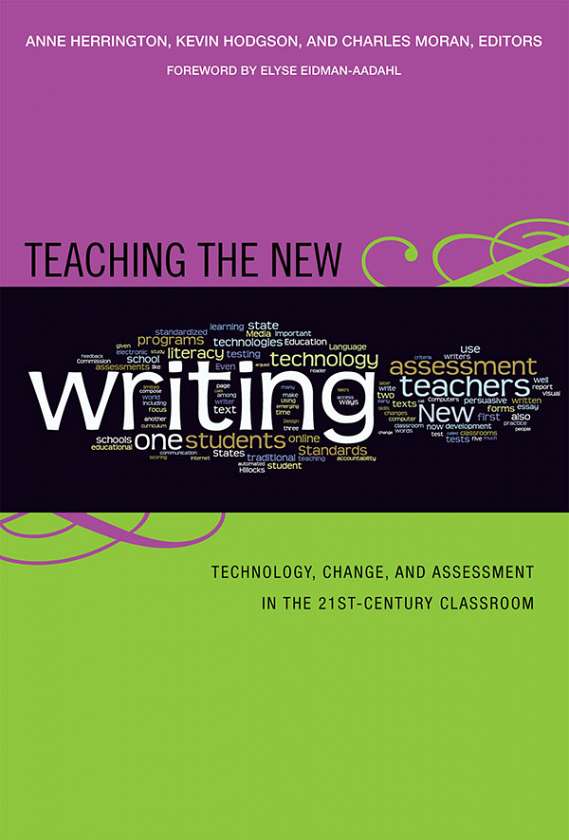 It would be nice to say we have found a balance, where text/words and media/technology mingle in tandem for deeper meaning. However, in working with young writers, it does seem that words have lost much of its primacy in favor of image, video, gif, etc. There may be many reasons for this — attention spans, screen devices, brain development, etc. The Pandemic sure has thrown things for a loop.

I’m not naive in thinking that the way I learned to communicate with words and writing and text will always remain the way that my students will learn, so I have long balanced helping them develop the art of writing (stories, essays, etc.) with the art of creating media (image, video, audio, games, etc.) to show how one form can partner with the other.

This blog reflection stems from some thoughtful comments left in a post the other day where I shared a mostly wordless video (my Ten Steps walking video project) and from two posts (here and here) that Terry Elliott shared over at his blog, where he indicates his own explorations of ‘text’ as an idea. The graphic above (Text is Gravity) is a remix of the first lines of a poem of his.

In a bit of unanticipated convergence, I visited and explored a text-based Virtual Reality exhibit from Laurie Anderson that was, in fact, centered on text — stories, letters, and more — inside an explorable space surrounded by word and letter. It reinforced the notion, to me, of how text itself remains a constant in how we navigate and understand and experience the world, no matter the technology. Of course, Anderson follows her own vision, and not all VR is likely to be centered on text as her work here is.

I hope we don’t reduce our world of communication to only the visual, and I don’t suspect that will happen. But trend lines for short videos (TikTok, etc) and visuals (Snapchat, etc) in the younger generation — coupled with a decrease in overall book and longer text reading — is something that all of us, educators and parents and others, need to keep an eye on, and maybe work harder to demonstrate the power of words, as a means of thinking and reflection as much as for communication.