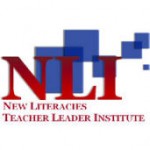 Today, I head to Boston for the first activities around the New Literacies Teacher Leader Institute that is being sponsored by our Massachusetts Department of Education and run by the New Literacies Collaborative of NC State. The agenda for the week is pretty chock full of interesting elements that seem to run the gamut from theoretical underpinnings of what we mean when we talk about literacy in the 21st Century to exploration of sites and tools that might have some value to the 100-plus teachers who are coming to the week-long event.

There is also a lot of inquiry work that will be going on as teachers will be delving into topics and exploring them, and planning out activities for the coming school year (there are a few follow-up sessions during the year) so that they don’t just leave the event and leave what they have learned behind in Boston.

I am one of ten teacher-leaders at the institute, which seems to mean that I will partnering up with one of the main presenters and speakers, and working as a partner/conduit with small groups of teachers. I can’t help but notice on the list of the other teacher-leaders that only two of us are classroom teachers right now. Most are instructional technology coordinators and a number of them have past classroom experience. I am looking forward to meeting with them tonight for a pre-planning session and dinner.

As you may note, this is entitled “teacher leader” institute because schools and districts are sending teams of teachers, who will in turn bring ideas back to schools to share with colleagues. The idea, I think, is that change is more apt to happen when you have your own network to turn to in your own school. We want to avoid the “isolation” factor when it comes to pushing people forward.

So, I wonder: who are these Massachusetts teachers on their way to Boston?

I imagine there is a group who are right now ready to push ahead with technology integration and need a helping hand; there is likely a group of people who are already beyond the aspects of the institute; there is no doubt a group of teachers pressured by their principals and superintendent to take part because the institute has to do with technology and that buzzword can’t be ignored; and I suspect there folks who already feel overwhelmed when they look at the packed agenda for the week and may feel like quitting on Day One.

I hope we can reach most of these folks. In particular, we need to focus on those teachers who need a little push forward but are ready and we need to help those folks who are sort of interested in dipping their toes into technology but don’t know where to begin. These two groups form the crux of a movement because they can become real role models for colleagues.

One of the keys will be the balance between deep theoretical discussions about the issues around 21st Century literacy and providing time to work with the tools we are talking about. I like that they have built in periods to play with some “cool tools.”  On the list are sites like Glogster, Google Lit Trips, Voicethread, Apple Remote Desktop, Twitter, Jing, Xtranormal,  Zotero and more. I am a little worried that these sessions are only for 45 minutes, which is not nearly enough time for a presenter to introduce a concept, get folks playing and then reflect on possibilities for the classroom. That last piece is critical and one that we often forget in the rush to the door.

I’ll be trying to blog and tweet and do all of that as much as I can — I may even set up a Voicethread and open it up to all of you. I did set up a Twitter Newspaper through a site called Paper.li for the New Literacies Event. It refreshes every morning.

Head to the New Literacies Newspaper

And there is a Twitter hashtag for collecting tweets from the event.

Go to the #nli10 hashtags

Peace (in the journey),
Kevin