The Daily Create with DS106 keeps me on my toes. Even on days when I don’t do the Daily Create, I find myself thinking about it during odd moments during the day, as if I were creating in my head. It’s strange. But that’s the power of a good idea, right?

Here are a few Daily Create assignments I’ve been tinkering with in the past few days:

This morning, the assignment was to create a persona poem. It could be real or fictional, and I went with a poem about Charlie Parker (see my blog tagline).

Sometimes, I share out this old digital poem about Charlie “Bird” Parker.

Bird: a video poem from Mr. Hodgson on Vimeo.

One of the strangest Creates in some time was something known as the PetSwitch. We went into a site that allows you to superimpose your image on your pet’s image, to create … this odd thing. The assignment was to write the story, but I could not get past seeing my dog Duke with my mouth and eyes, and so I went with a simple six word story.

What was in that kibble anyway?

And here is the image: 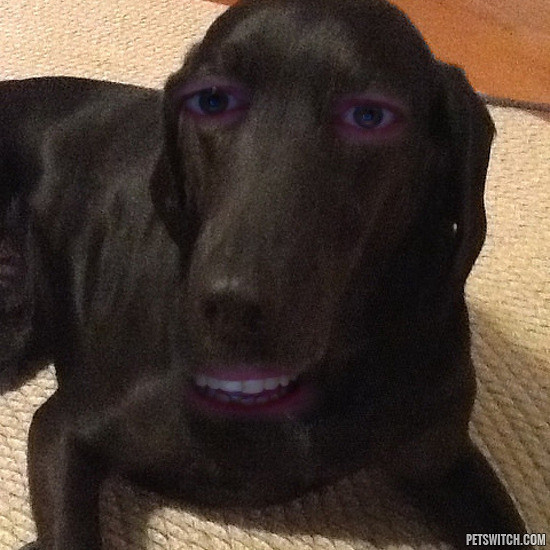 And finally, the other day, we had a Prime Number Poetry assignment, where we had to use five different prime numbers as part of poem where the numbers were the rhyming words of couplets. That’s not as easy as it sounds (or maybe it doesn’t sound easy).

Here’s what I wrote:

And how could I forget? The other day, in honor of my fellow dawg’s birthday (Alan Levine, aka @cogdog), the Daily Create theme was creating a dog-themed photograph for Alan, one of the minds behind DS106. I went into webcomic mode, riffing on a periodic cat vs. dog idea.

Peace (in the creative spirit),
Kevin