A few folks have been sharing some pretty interesting data collections of the Rhizomatic Learning community over the past six weeks, showing how people are connecting and forming social media clusters over time and over topics.

Ever since the first year of the CLMOOC, I’ve been intrigued by those who remain on the outskirts, watching. In CLMOOC, we have made welcoming those folks a high priority at every turn because what our follow-up work found was that those so-called “lurkers” (such a strange word) later become active members. It just takes some time to get their footing.

So, when Aras released another data map of Rhizo15, and Simon pulled it into Thinglink to add some funny annotations, I could not resist the urge to make it into a comic, with dialogue from those on the edge of the social network spaces. They are in but not quite in, and I wondered what they were talking about, these sort-of “outliers.” 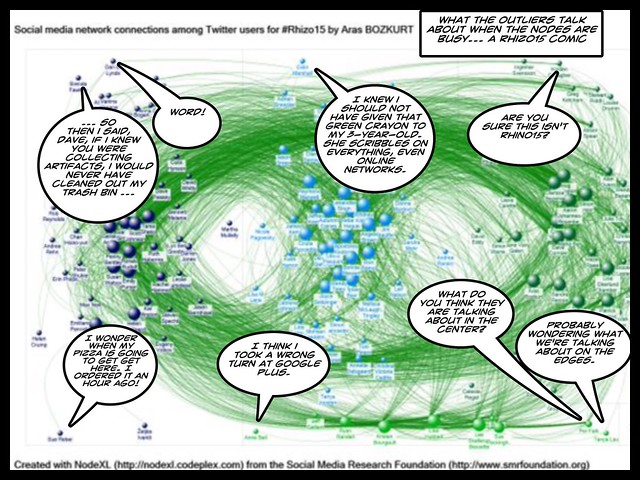 Peace (on the edge),
Kevin