The meeting between Patriots (Tom Brady) and Broncos (Peyton Manning) was a “showdown” or predicated to be a “shoot-out” (it wasn’t) between the two great athletes. 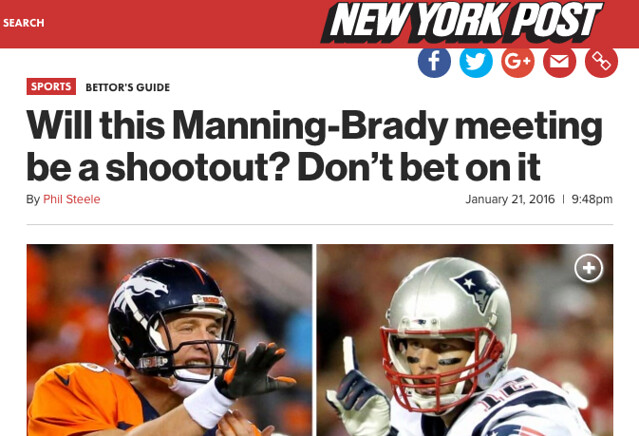 Manning says his visit to the Superbowl might be his “last rodeo.” 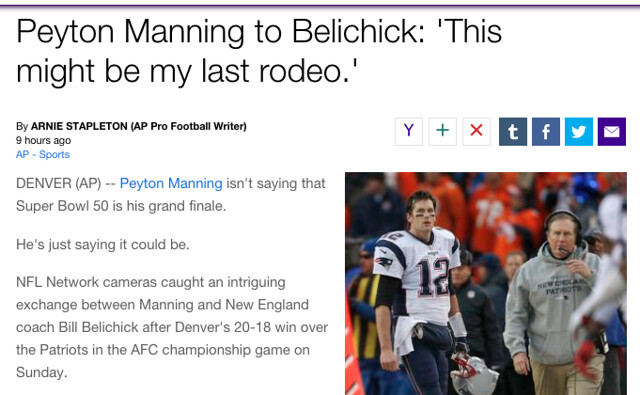 Reading the sports page these days under the lens of the #Western106 reminds us how the National Football League has co-opted the violent language of the Wild West for entertainment value. Just think of some of the team names: Cowboys, Broncos, and more.

Even when team owners meet, the media uses the Wild West as its central anchor point. 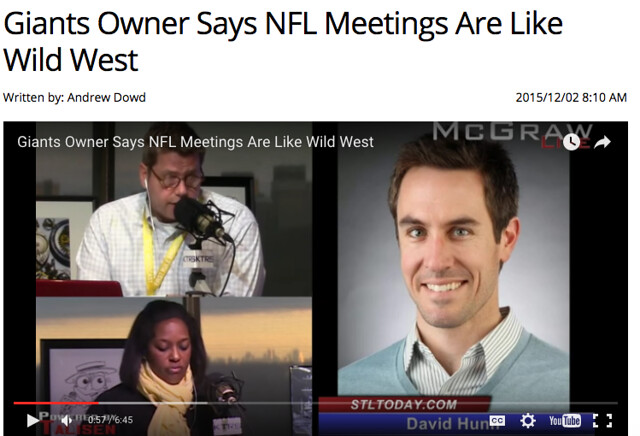 I get why this language has seeped into the culture of the National Football League. It is a violent sport, and the violence is part of the entertainment value. By connecting the language and rhetoric of the Wild West to the NFL, the media and NFL support a narrative, particularly that of the Lone Quarterback who leads his team/town to Victory over the Enemy in a time of great need.

It’s Clint on the football field. Or Shane. Or ….(insert hero) The language creates a story that people can connect with, and that the NFL can “sell” as a brand to its audience and the world.

I get it, but I remain fascinated by it, and worried about the violent nature of the rhetoric, too, and I know I will be more attuned to it now.