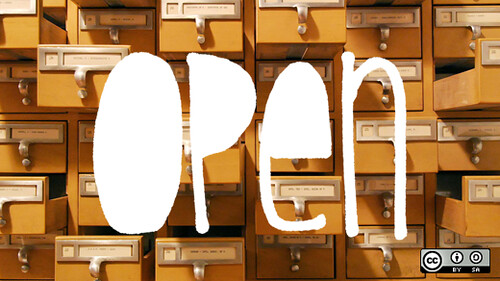 Call me naive but …

… I keep finding myself wandering back into the question of ‘who owns what’ in the Digital Age. It’s not just a question of a single item — say, a photograph, or a music file. Those kinds of issues — particularly when it comes to livelihood of an artist — are important and still being sorted out. I do think, and hope, that elements like Creative Commons licensing helps delineate lines for those of us who create (and may need to protect some of our art) and those of us how like to use art of others to create something new (and may need to learn better how to note where the original came from).

I’m thinking more of ideas here, and who owns the idea. If I spark a discussion in online forums and along various hashtags, or if I launch a collaboration that others take part in, do I own that idea from now to forever? I think about the poems I have invited others to write into, and various media projects that I have opened the door to, and other projects that I have been involved in. The spark has always been collaboration, not ownership.

I know I may be unrealistic but ..

… once the idea is out there, I figure it’s no longer just mine to do what I want with. I’ve given it, as a “gift” of sorts, to the world (and in my case, the world might only be a few people), which may very well completely ignore the idea or it might remix the idea into something different entirely. It may even call my idea the same name I gave it. Or not. It may give me a heads up about its use of the original. Or not. But it’s not really all mine anymore. If I didn’t want that to happen or unfold that way, I probably should have kept the idea to myself or tried to sell it with licensing restrictions — a phrase that gives me pause even as I write it. 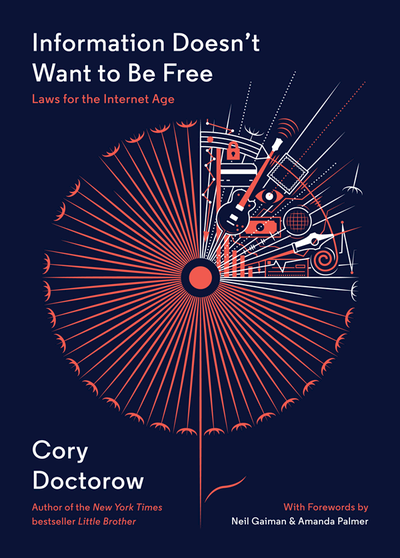 In Corey Doctorow’s book, Information Doesn’t Want to Be Free, he uses the metaphor of a dandelion and the release of seeds to explain in a way how ideas can take root from artists and others in this age of the Internet. The dandelion doesn’t care about where the seeds go, or even if the seeds become flowers. What the dandelion cares about is the spawning of new seeds and the release of those seeds to the wind. That’s where all of its energy is at. It puts faith in the notion of something will be planted somewhere, and the world will continue. 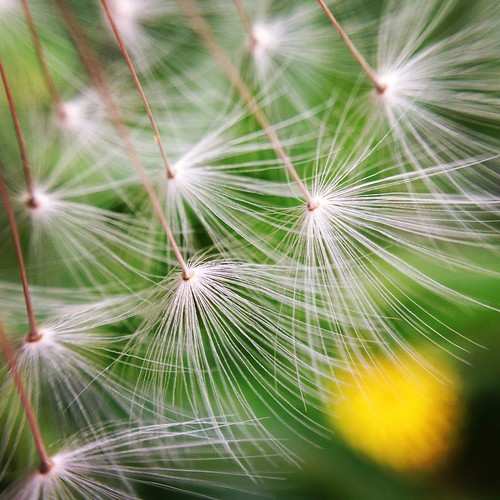 Doctorow uses this metaphor as part of his argument around on how small artists can emerge as successful, or at least surviving, artists in the digital age. Release seeds (or music tracks, or photo teasers, etc) and see where those ideas flourish. If your seeds find root, your audience will find you and support you.

In contrast, large organizations — such as record companies and movie companies and publishing companies — spend all of their time with their prodigy, like overprotective parents. If I remember, I think Doctorow continues the metaphor by noting how much alike large organizations are like mammals, with all of the energy in the system centered on ways to nurture and protect their progeny. We give our children our last names and then talk about “family” honor and hereditary lines. We celebrate this with family trees. I’m not saying that is necessarily wrong, but it feels at odds with the open promise of spawning ideas in the Digital Age that I believe in.

I like to think of the whole DS106 ecology as one fine example of how no one really owns the ideas. I don’t personally know Jim Groom or Martha Burtis, two folks I believe were at the start of DS106. There might be others. I’ve only walked virtual dogs with Alan Levine in online spaces like The Daily Create. Others who were part of the whole DS106 shebang from the start are people I don’t quite know or remember. No offense to them, but they aren’t all that important anymore to the DS106 environment … as it exists today.

The DS106 world — with its digital storytelling and creativity focus — is there for the picking. I believe you could start a DS106 course right now, today, and connect in and it would be fine. You could set up your own version of The Daily Create, and it would be fine. Heck, I think Alan Levine will even give you the WordPress Theme to do so. There are no legal documents to sign. There are no permissions to get. Just go on and do it. It’s an open invitation, set in motion years ago, to take the idea and run with it. 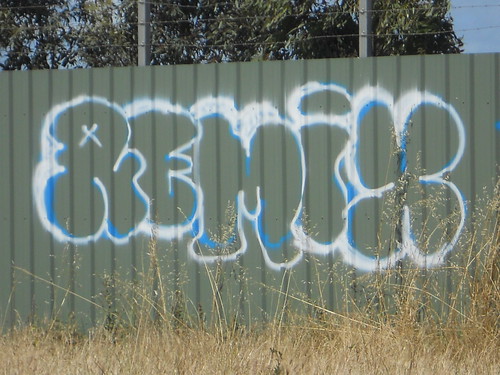 Why isn’t there more of this? Why don’t more innovative ideas have huge REMIX THIS buttons? I’d love more dandelions in the digital fields of play.

To be upfront and honest, though, I still struggle with this concept as a classroom teacher. As I make slow but steady movement into Connected Learning ideas with my sixth graders each year, I try to find balance between needing a certain sense of control and providing opportunities for independence for my students. I wish I leaned more than I do towards the latter. But I am learning, and I am always open to possibilities. I have my ear to the ground, as much as I am able. I celebrate the Remix and wonder at the Creativity. I don’t quibble over who owns the ideas that began it all.