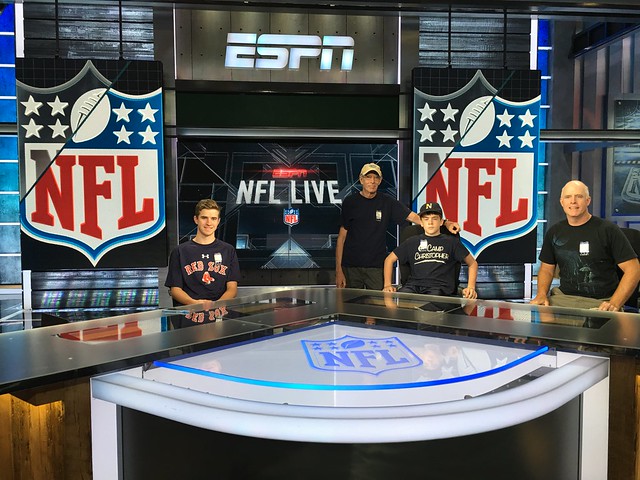 A good friend of mine works at ESPN Studios and I took advantage of that to bring two of my sons, and my dad, on a tour of the huge media complex down in Bristol, Connecticut (about an hour away from where we live). My youngest son is interesting in video production, and my middle son is interested in sports. Our eldest, also interested in digital media, is off to his first year of college, so he could not come with us.

Saturday mornings are pretty quiet in the sports world, but that allowed us to go through the myriad of engineering rooms and editing booths and sound rooms and a handful of the massive recording studios that ESPN uses to deliver sports to the world. A “farm” of about 30 massive satellite dishes sit on top of a hill, sending out signals to the dozens of outlets for ESPN media. 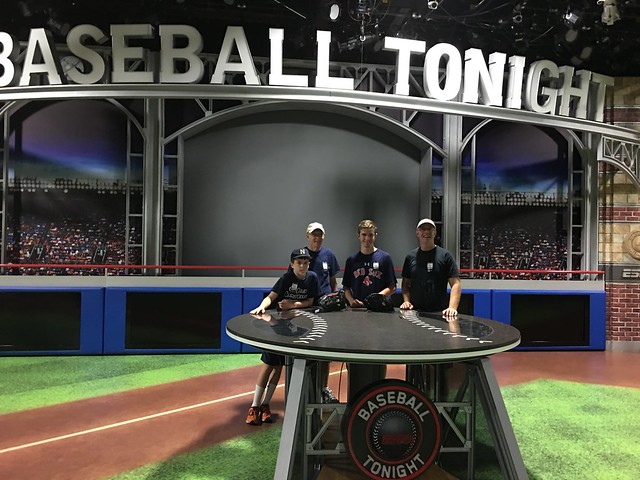 You realize rather quickly how technical the entire operation is, and how studios use illusion to create reality — the fake grass, and the corners of tables that the cameras can pan to seem large on the small screen but are often just kitty-cornered against a wall in a room larger than a football field. Dozens of people work together to produce a 30 minute sports show that seems so slick and seamless on the screen. (My friend does technical support. Nothing is ever seamless for him. Things break down and don’t work.)

Our eyes can deceive us.

It’s a bit like Oz. You pull back the curtain to see the mechanics of the visual world that seem magical and you get a larger sense of how the magic works from the reality point of view. It doesn’t take away from the magic, per se, but it expands the notions of how the world comes together in the first place.