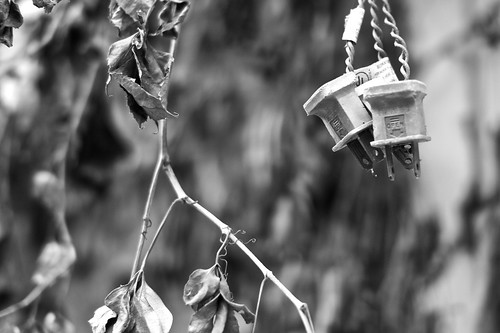 This has been the year of plugs, nearly pulled.

First, the Connected Learning MOOC (CLMOOC) almost didn’t happen. Now, Digital Writing Month is here for November but it is not really here at all. In both cases, those who envisioned online learning adventures and those who nurtured those spaces over years decided time had run out. For CLMOOC, it was my friends at the National Writing Project. For DigiWriMo, it is the folks at Hybrid Pedagogy/Digital Pedagogy.

I think there are valid reasons for founders to say, we’re moving on to other things. Things do run their course. NWP has been deep into Letters to the Next President (worth checking out … thousands of letters of all media shapes and sizes from high school students). Digital Pedagogy people may be shifting its focus to other ways to support digital writing and thinking about digital writing (and thinking about the teaching of digital writing.) Both organizations do wonderful projects, with vision.

I guess I have a hard time letting go, though.

I was part of the crowd-sourced CLMOOC this past summer (where the collective parts led the activities, and it was fantastic). Now I am part of CLMOOC folks working to plan some Pop-Up Make Cycle activities later this month for Not-DigiWriMo.

It always feels strange when the founders say, this is no more, and the folks who in the midst say, let’s do more. There is the possibility of tension there (I can hear the voice: “Hey, I thought we said this was over!”). I don’t revel in that tension, but if we all believe in the potential of dispersed ownership of Connected Learning and the open value of hashtags and social media spaces, then it makes sense that if the participants don’t want something to be over, there is no reason why it needs to be over. We’re following our passions. (Reality Check: in some cases, though, the brand of an online learning space might be legally attached to an organization, so there’s that … here, both organizations know something continued/is continuing onward.)

Where I am going with all of this? Well, DigiWriMo is officially “retired,” as the pioneering folks at Hybrid Pedagogy noted on Twitter this week. Digi Duck is no doubt kicking back on a beach chair, drink in hand, dreaming of bread crumbs.

#digiwrimo is now officially retired, but we are sharing highlights from the last four years all month on @HybridPed https://t.co/SlbxjUK8VN

But you can make your own paths, and there are folks from all over the world out there to play along with you. See the Vermont-based Young Writers Project for weekly themes for their version of Digital Writing Month. Pay attention to the CLMOOC website for Pop-Up Make Cycles with a DigiWriMo theme. Take part in DS106’s Daily Create for inspiration.

But hey, don’t wait for us. Get writing, digitally. Make a poem. Write a video. Experiment. Tinker. Create. Many folks are still using the #digiwrimo hashtag on Twitter. Share. Inspire others. Get inspired.