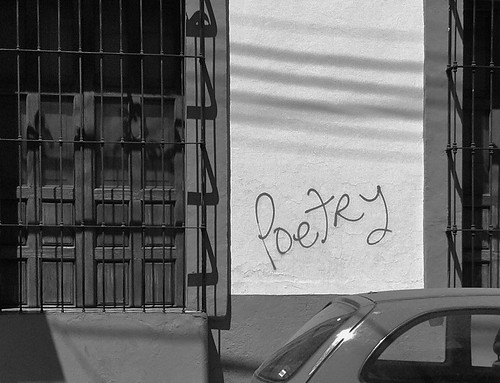 The world’s still asleep (mostly) and I am writing poems in the dark of the morning, fueled by some coffee. Every day, I have been writing some form of poetry suggested by the fine folks at Global Poetry Writing Month/National Poetry Writing Month, and each Sunday, I have been curating the poems from the week. So you can read Week One’s poems here and Week Two’s poems here, and now we are into Week Three.

I have been sharing the first lines of the poems here, and then giving a link to the full poem over in Notegraphy, which has been my primary writing space for poetry this April.

The first poem’s theme was invented words, and working them into poetic form. I love wordplay, so this poem flowed rather quickly for me that morning.

I am staring off into
spaceytime, reaching for
vaikie fallenwords, the black hole
of wondering.

The second poem was to be written in the form of a letter. I took the approach of a father to child, with some creative license. While it is inspired by my own family, some of the facts might not quite be true. Such is the freedom of the poet, right?

I am writing, dear child,
in hopes you’ll remember
the dishes, the clothes,
your mother’s birthday
in November

This poem had the theme of a myth, so I imagined some God or Goddess reaching down to knit the Network.

A prompt about childhood games as a point for inspiration brought me back to a game we used to play on pavement called Skully. One summer, that’s all we did, as I remember it.

It happened one lone summer —
consumed us like crazy —
kids on the street with chalk
and wax-filled bottle caps,
sliding our pieces along the ragged board
on rough pavement.

An overheard conversation became the focal point of this poem, as I tried to leave what was being discussed unsaid, and instead, I tried to show the verbal dance these two were doing.

“Did you ask her?” he asks her,
juggling books by the lockers
between writing and science.
“No,” she tells him, eyes down,
watching his feet dance on the floor,
a nervous two-step.

An environmental theme emerged on Earth Day, and although the form of the poem was one I did not know — a georgic — I sort of ignored that and kept my eye on the soil.

Flowers bloom,
beckoning;
My knees are now soggy with dew,
knotted with the pressure of
of this winter-weary Earth

And finally, this morning, there was a call for something known as an elevenie – a sort of cinquain variation with 11 words and four lines — so I combined three verses together, on the topic of creating and living an invented persona in Networked Narratives.

And one more week or so of poems every day, and then … I will miss it, no doubt.