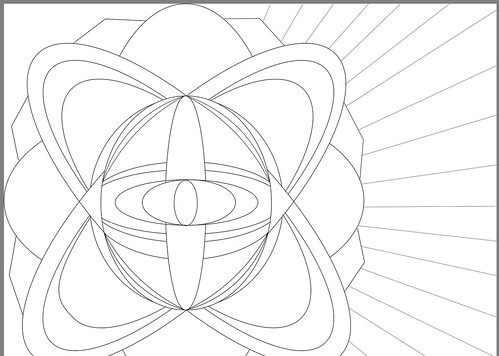 In CLMOOC this past week, we have been exploring coloring and art. It’s always nice when folks move outside of their comfort zone, so when Veronica — who took part in our Twitter chat the other day — shared some art for the Collaborative Coloring Book now underway, I saw a chance to remix and honor her art.

First, I took a copy of her coloring image and moved it into the Paper App on my iPad. I’ve become quite fond of that app for doodling and wanted to try to use only the Watercolor feature with a rubber-tipped stylus I have. The problem is, I could not keep within the lines. While I appreciated the metaphor (outside the lines), the sloppiness made me wince a bit. 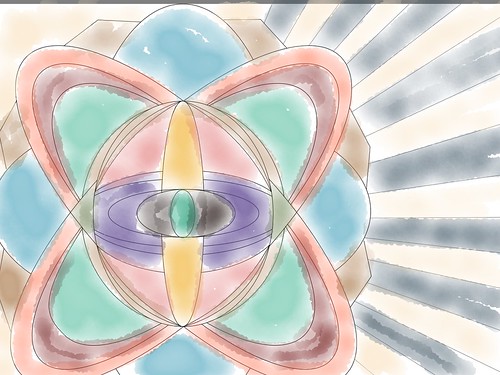 I was determined not to give up, though. So, I pulled my colored image through another app — Painteresque — and tinkered with settings in all sorts of ways, trying to transform the work into something different, with echoes of the original. Finally, I flipped the color patterns in a sort of reverse move, and found what I was looking for. 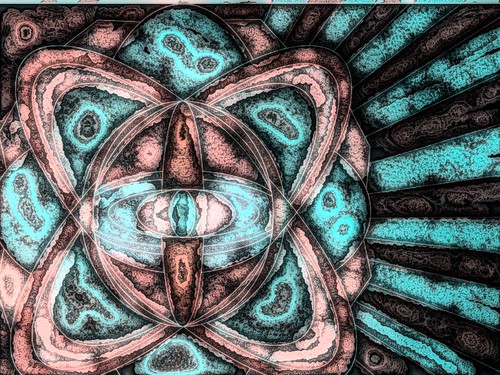 After sharing the image on Twitter with Veronica, I realized the new image looked like something from outer space, a planet. Or a satellite of sorts, perhaps entering orbit or breaking up.

A poem emerged, which is always a nice way to leave things.

And a poem inspired by the remix …. #clmooc pic.twitter.com/5uV2Px0mgq