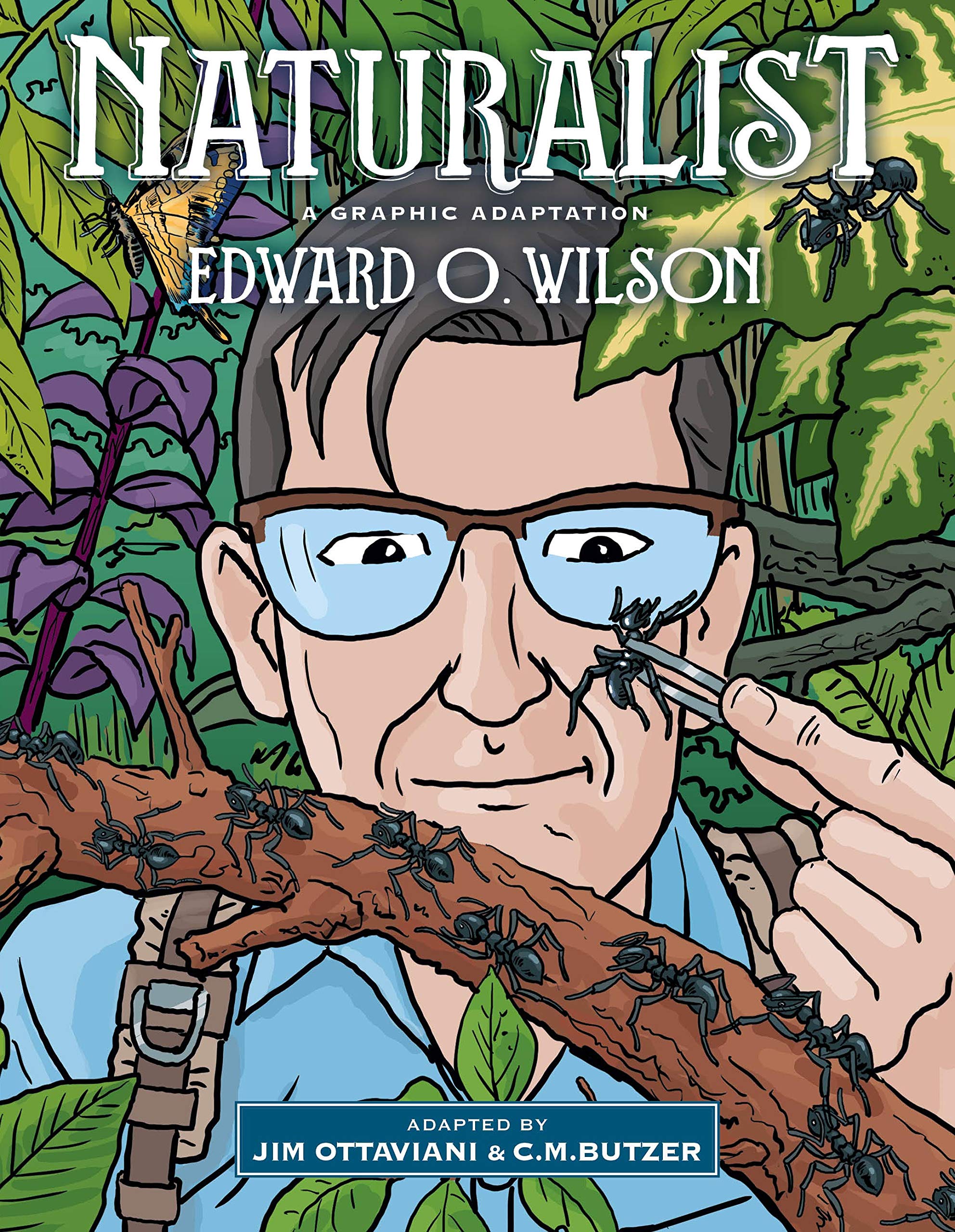 Edward O. Wilson is famous (and maybe, as he admits, infamous) in the field of science, and I know a bit of him (but not a lot) so this new graphic novel version of his autobiography was an interesting, and sometimes heady, trip into Wilson’s exploratory forays into the world of ants, diversity and the world, mostly writ small.

Naturalist — adapted by writer Jim Ottaviani and illustrated by C.M.Butzer — starts with Wilson’s natural curiosity as a child of the South, and then moves into some pretty deep science (some of which, I found myself lost in), but what shines through is a love of learning and a deep-seated wonder at the wood or swamp or river just around the corner.

The graphic novel doesn’t shy away from some of the controversies that Wilson apparently stirred up in the world of sciences, which is more divided and territorial than an outsider like me probably realizes.

From what I can tell, too, his book on sociobiology led to intensive criticism of nature/nurture and of underlying racism, connected to views on Eugenics. Wilson (who once got water dumped on his head at a conference by protestors) admits that the book he wrote was really two books (one about nature and one about humans), and that he might have been better served to separate the two.

Still, his other work in the field of biodiversity has been used to ground ongoing nature conservation efforts in science. And his two Pulitzer Prizes give credit to the influence of his work. I guess his life as a researcher, scientist, naturalist is rather complicated.

I didn’t ignore these controversies, but I was more interested in how Wilson’s personal story is one of looking deep at something that inspires you, something that can drive you forward through your life, with passion. Naturalist shows a scientist in his realm, alone at times in unknown places, systematically gathering data and mulling over the ramifications. In this, we need more.