If this book doesn’t win a slew of awards this literary season, I don’t know what will. A debut novel by Angie Thomas, The Hate U Give is a powerhouse of a story, gut-wrenching in its emotion and evocative in its experience. While often marketed as a way to understand the anger and frustration of the Black Lives movement, this novel is so much more than that. It’s a window into the lives of young black lives whose stories are often forgotten in literature, and in those very same news stories.

The story here does seem all too familiar. A young black man is shot and killed by a police officer. The officer is defended in the media, an the dead man is labeled a thug and drug dealer. The protagonist of the novel — Starr — was not only at the scene at the time of the shooting, but she knew the victim since childhood. She’s a witness, determined to keep her friend’s humanity in focus.

What happens in the aftermath of a shooting of a young black man by a white police officer in an inner city neighborhood is what swirls around The Hate U Give (titled after a reference by rapper Tupac Shakur) but what really gives the story resonance is Starr herself, who struggles both with the aftermath of the shooting, the Grand Jury testimony that inflames the community, and the way she straddles two worlds that constantly tug at her identity. She lives in the urban neighborhood but goes to school in a suburban mostly-white school. 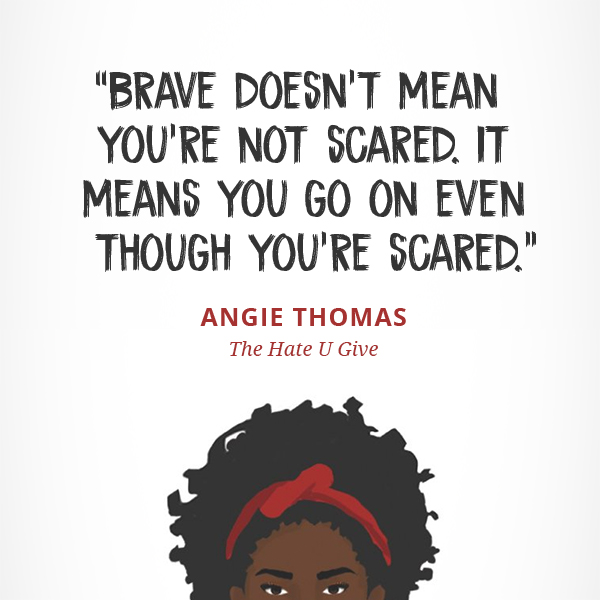 I appreciated Starr’s voice here, and lingered over the ways that she both struggles and rises to the occasion when needed, and how her family — despite all the violence around them — closes in with protective spirit when needed. Starr’s family does not give up on their neighborhood, even though the reality of their situation forces them to move.

The book is driven by the echoes of a violent act, yet the story is tinged with hope, too, as Starr rises from it all, a character we can believe in and root for in all of her complexities of a black young woman in America. A novel like this transports you beyond the headlines. It brings you into the lives of people living in the places where that violence, and injustice, is threaded into the fabric of daily living.